Spectacular Day In The Gym!

The standings are up now that everybody has played two or three games. We have nine regular-season divisions; we'll break into smaller groups for the playoffs in December. The names of the divisions are levels in the video game Super Mario 64.

What a great day in the Tucson Basketball League. The morning games set the tone with one nail-biter after another. In one three-game stretch, we had a one-point overtime victory, followed by back-to-back three-point wins that went right down to the buzzer. As the day rolled along, we had another one-point game, two more two-pointers and two three-point games. All in all, it was just a spectacular day of action in the Tucson Basketball League.

--Skoden 63, Talkin' 'Bout Practice 60 - Carlos Mendez had 25 points and five boards for Talkin', but it wasn't quite enough as his squad lost a tight one to Skoden. Jason Thomas had 23 points, including five huge three-pointers, for the victors.

--Tucson Honey Badgers 43, Shoot Your Shot 42 - Shoot Your Shot had a slim 22-21 lead at the half and slowly built it up to a six-point margin with about five minutes left in the game. Brandon Startmeyer was a main reason for Shoot's success. He had a monster game, scoring 26 points and pulling down 12 rebounds. But the Badgers wouldn't go away. They chipped away at the lead and then Frank Gonzalez hit a clutch three in the final minute to put the Badgers up by one.

--The Hawgs 69, The Mustangs 66 - You might say Ho-hum, The Hawgs won another game, but what this game shows us is that there is another A-League team in the TBL. The Mustangs are a squad consisting of guys stationed at Davis-Monthan Air Force Base and they have some ballers. They battled The Hawgs to a 33-33 draw at the half. The Hawgs would eventually pull out to a double-digit lead, but The Mustangs came roaring back and cut it to three before they ran out of time. Jaquan Robinson led The Mustangs with 21 points and Red Martin chipped in with 17. Donte Williams led The Hawgs with 24 points.

--Ancient Toucans 50, Hickory 42 - Scott Jenks hit three big three-pointers to sparks a Toucan surge midway through the second half. They hung on for the win despite a 20-point outburst from Matt Swinford.

The Ancient Toucans have the absolute spiffiest uniforms in the entire league. Pictured is Scott Jenks showing off the team's finery. 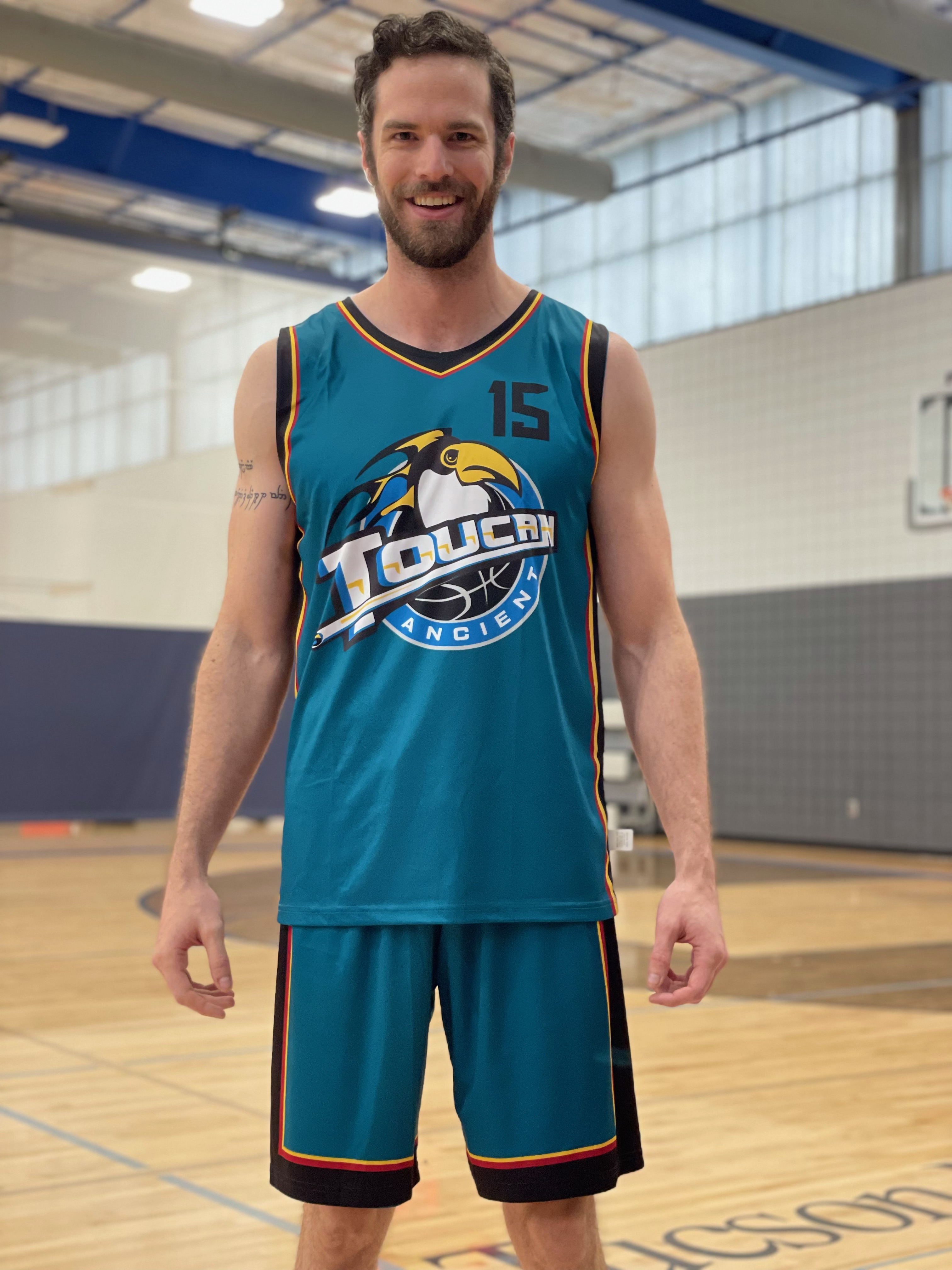